He was my fire. My one desire. 20 years later, I met the man whose face once adorned my underwear, my ultimate ’90s crush, Nick Carter. 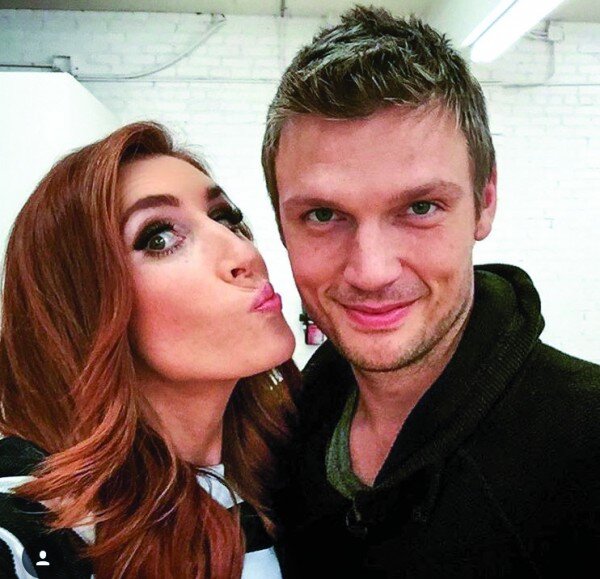 “When I grow up, to be prime minister,” said Eli Rosenberg from the front row of my Grade 7 classroom. “I want to be a veterinarian,” said Jenny Mesnick. When it was my turn, I didn’t hesitate. “When I grow up, I want to meet the Backstreet Boys.”

Yes, at 12 years old, I had a bowl cut, a unibrow and a singular goal: to meet the five guys who adorned my bedroom walls, filled my Discman and occupied my heart. This ambition seemed no less important than being a veterinarian or becoming prime minister, because the Backstreet Boys were my life’s work, my undying passion, my full-time job.

It all started in the fall of 1996. I got home from school, made myself a Pizza Pocket and sat down in my Guess jeans to watch The Jenny Jones Show. My sister was private and my friends were prudish, so Jenny had become my only informant on love, sex and adult relationships, all of which seemed to involve a paternity test or cheating stripper. During commercial breaks, I would tap my greasy pizza fingers on the remote until I reached MuchMusic, where I’d catch a video before returning to the lessons of my sex-ed. teacher, Mrs. Jones.

On this particular afternoon, I flipped to MuchMusic and never went back. There. They. Were. Glowing on my TV set like an apparition. Five guys with matching parachute pants, thrusting their groins at me in perfect unison. The Backstreet Boys had arrived, and my life would never be the same. 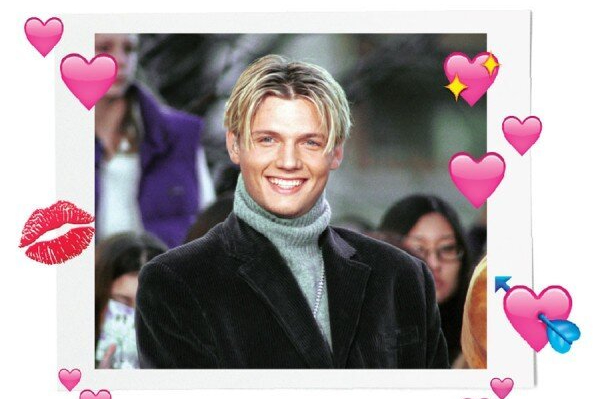 The next five years were spent falling deeply and passionately in love. With five adult men I did not know. Our relationship moved slowly. First, they sparked my interest with perfectly crafted songs that spoke to every vulnerable spot in my pre-pubescent psyche. They told me, “Everything you do is beautiful”; they assured me, “I’ll never break your heart”; they even advised me, “If you really like it hot, find someone who hits the spot.” I had no idea what spot they were talking about, but I was fairly confident they were hitting it.

Next, they wooed me with their complexity. Each guy seemed to represent a different male archetype: A.J. was the bad boy, Brian was the sweetheart, Kevin was the big bro, Howie was the shy guy and Nick was the heartthrob. Because my experience with boys was limited to being ignored by all of them, this was my first real insight into the male mind—my opportunity to explore what I wanted in a guy, without having to actually talk to one. I realized quickly A.J. was too tough for me, but Brian was too sweet. Kevin was too old, and Howie was too quiet… which left me with my perfect match and future husband, Nick Carter. He was funny and sweet with just enough edge to keep me interested. Plus, green was our favourite colour and pizza was our favourite food! WE WERE MEANT TO BE.

Once I felt a deep intellectual connection, I began to feel something even deeper, in my loins. As the years went on, each video got progressively naughtier, as if the boys had strategically timed their sexual evolution with my exact cycle of puberty. When Nick Carter gyrated in the rain in the “Quit Playing Games (With My Heart)” video, I felt all the things I never did when Nathan Edelman ground against my knee at the Valentine’s dance. When Nick looked me deep in the eyes and wailed “Am I sexual?” I was ready to scream back, “YES! YEEEEESSSSS! YOU ARE THE MOST SEXUAL!!!!” And when he pointed directly at me as I stood weeping in the front row of their concert, I genuinely believed he had taken my virginity.

We were friends, we were lovers, we were strangers. During the hours I spent alone playing my extensive Backstreet Boys VHS collection, or screaming outside of their hotels when they were in town, I often imagined the day we would meet. I would be a full-grown woman, with flowing blonde hair, tight pleather pants and impossibly large breasts. I would approach them, cool and casual but in slow motion, accompanied by a wind machine. They would see me and stop dead in their chair dance, dropping their fedoras and drooling onto their goatees. They would fall in love with me as instantly as I had with them.

On Oct. 20, 2015, I received the following email from my producer at eTalk: “Are you available to do a one-on-one interview tomorrow with Nick Carter, from the Backstreet Boys?”
First of all, I KNOW WHO HE IS. I HAVE KNOWN WHO HE IS FOR ALMOST 20 YEARS NOW, AND I HAVE DREAMT OF THIS MOMENT MY ENTIRE LIIIIIFFFFE!!!!!!!!!!!!!!!!!!

Then I panicked. I was about to come face to face with the man whose voice had guided me through pubescence, whose face was once on my underpants. What would I say? How would I act? Where would I stash my wedding ring?

Over the past two decades, while I had graduated from college, started a career and plucked my unibrow, Nick had starred in two reality shows, released three solo albums, hosted six cruises, toured eight times and had brief stints with drugs, alcohol and Paris Hilton. Now he was competing on Dancing With The Stars. When I arrived at his rehearsal the following day, I was early, sweaty, nervous. My heart was beating like it had when I watched his videos in my bedroom, my stomach filled with the butterflies I got when I went to his concerts. I figured I had time to check the status of my pit stains before anyone else arrived. But as I was investigating, I heard his voice: “Hey, I’m Nick.”

I dropped my arm and replied, “Hey, I’m Jessi.” There was no wind machine, no drooling—just awkward silence. He looked the same, only older and more…like a regular dude, wearing sweatpants and carrying a backpack. “Do you mind if I change before the interview?” he asked, with that voice I could pick out of any five-part harmony.

The cameras arrived, he put on his clean hoodie and I put on my professional face. This lasted approximately 30 seconds before the tween in me took over. I told him about my posters, my VHS collection, my underpants. I told him about the things he made me feel, the ways he shaped my youth, the tattoos I knew he had on his back. If there weren’t a publicist present, he could have had me arrested. Instead, he smiled and laughed and answered my questions. He was funny and sweet with just enough edge to keep me interested.

When the cameras stopped rolling, Nick leaned over to me, gently brushed my hair away from my face and whispered in my ear. “The whole fan thing,” he asked, “was that all…real?” I looked straight into the piercing blue eyes of a man who had seen me through the pains of adolescence, taught me what it meant to love and ultimately helped make me the woman I am today. I nodded. Yes, it was real. It was all real.